Great question , what separate artist from the addict? Here is great text about this subject, makes you wonder which one are you. Sometimes its hard to spearate this two , but here is some guidelines that can help you.

A few months ago, a colleague of mine told me about meeting a young woman who was “passionate” about writing. He asked her what she had written recently, and she said nothing. In recounting the story to me, he said, “How can you say you’re passionate about something if you’re not doing anything about it?” Good question.

And yet, this is a common affliction. Many of us feel passionate about a particular job or creative project or cause, but we don’t take action on it. Why? Are we addicted to failure? Addicted to distraction? Addicted to money?

Here is the link for complete article!

Auditory Transduction – How do we hear music?

Ever wondered how all that vibrating air is turned into sweet sweet music inside your head? Wonder no more! Here is a great video by Brandon Pletsch called ‘Auditory Transduction’ showing the auditory system in action when you hear music.How we hear music is amazing stuff…

Hearing (or audition; adjectival form: “auditory” or “aural”) is the ability to perceive sound by detecting vibrations through an organ such as the ear. It is one of the traditional five senses. The inability to hear is called deafness.

In humans and other vertebrates, hearing is performed primarily by the auditory system: vibrations are detected by the ear and transduced into nerve impulses that are perceived by the brain (primarily in the temporal lobe). Like touch, audition requires sensitivity to the movement of molecules in the world outside the organism. Both hearing and touch are types of mechanosensation.

I Dream of Wires – Story about Drumcell

In January 2012, the I Dream of Wires team stopped by the studio of techno producer Drumcell, to discuss his evolution from producing with hardware, to software, and now back to hardware again, with a focus on eurorack modular synthesis. The interview was conducted for inclusion in “I Dream of Wires: the Modular Synthesizer Documentary.” Drumcell is also the founder of Droid Recordings, and co-founder of Droid Behavior, one of LA’s longest running techno event promotion companies, standing at the centre of the West Coast techno community for nearly a decade.

I love the way how this guy talks about music and life!:)

I DREAM OF WIRES is a forthcoming documentary film about the history and resurgence of modular synthesizers. The film is currently in production. This is the 3rd in a series of extended interviews, which will be produced and released in various formats throughout the production, and following the release, of the film. I DREAM OF WIRES extended interview segments are sponsored by MATRIXSYNTH (m.matrixsynth.com).

Also check out Drumcell soundcloud if you like more techno stuff!

Check out the video here 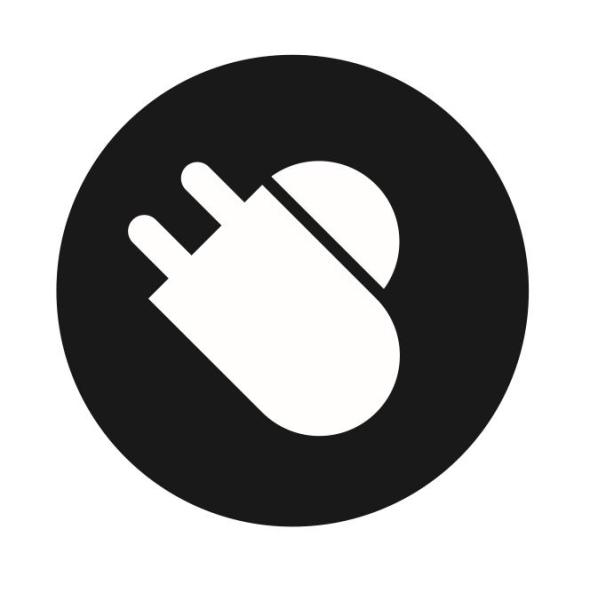 Hi all check it out new release from Davide Squillace on his own imprint This and That. I am sure that label will be big so check out the first release!!

Our ideas travel with our minds and body through different worlds and bring the best out of them to our day.
Our vision is wide – we know no stereotype.
Our taste is exquisite – we admire beauty in all its forms.
Our knowledge is humble – we constantly learn and we are always aiming for more.
Our skills are driven by eagerness and notion.
Our love is genuine – it is coming from deep, sacred places in our hearts.
Our passion is our strongest tool – with it we are going to make it all work.

Here is one of the tracks called Do somebody!!

Great guy, DJ and Producer. True inspiration for all of us, i wish there is more people like this , who respect the music and art.

Check it out this amazing video where Theo going to the record store and speaking about the music among other things!

The book is an undeniable classic, the film shows what it’s all about: Beautiful Losers follows the lives and careers of a collective group of Do-it-yourself artists and designers who inadvertently affected the art world.

Art is not perfection after all!

The greatest cultural accomplishments in history have never been the result of the brainstorms of marketing men, corporate focus groups, or any homogenized methods; they have always happened organically. More often than not, these manifestations have been the result of a few like-minded people coming together to create something new and original for no other purposethan a common love of doing it. In the 1990s, a loose-knit group of American artists and creators, many just out of their teens, began their careers in just such a way. Influenced by the popular underground youth subcultures of the day, such as skateboarding, graffiti, street fashion and independent music, artists like Shepard Fairey, Mark Gonzales, Spike Jonze, Margaret Kilgallen, Mike Mills, Barry McGee, Phil Frost, Chris Johanson, Harmony Korine, and Ed Templeton began to create art that reflected the lifestyles they led. Many had no formal training and almost no conception of the inner workings of the art world…

The advent of the sampler has probably had more impact on modern music than just about any other instrument. The sampler has also been the subject of scrutiny from many professional artists who claim their work is being stolen while this revolution of cut-and-paste methodology takes over modern music creation. Copyright Criminals takes a long look at both sides of the argument with discussions on the legal and illegal sides of sampling and interviews with many artists who use this method. Notable moments come from James Brown’s drummer Clyde Stubblefield (the original funky drummer), Public Enemy, Q-Bert, Coldcut, El-P, Sage Francis, and Miho Hatori. In the center of this film are numerous lawsuits that only seem to come when an artist breaks from the underground into the commercial realm and a discussion of whether these laws are appropriate in modern society.

Is it sampling stealing?

Check it out and make decision for yourself:

Hi all , i want you to inform that the new EMP course is about to start on SAE Belgrade. Since you (maybe) know that i am holding this course at SAE Belgrade i just want to let you know that we are about to start new course. Maybe this is good time to tell your friends who are interested about it.

This is 5th course of this kind , and since now several dozens of people successfully completed the course and now they are making music that they love. Thas really proud moment for me since i am spreding my knowledge that i gathered through years and through schools. Studying of this course has his own advantages since the price of this course is lowest in the world and lowest between 56 country’s where SAE exist.

More info on the flyer bellow or click here. 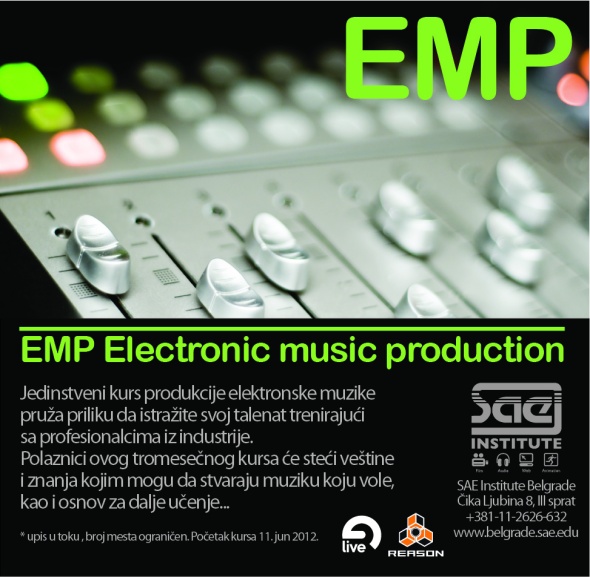 New Ableton or what!??

In the video above, Stagecraft Software show off new software, Livetronica Studio. The new DAW is still in development, but is based around a looper, timecode vinyl control and DJ software all bundled together.

Livetronica will also happily host VST or AU effects and instruments and looks to have to have an incredibly flexible interface. With programs like Bitwig, the new version of NI’s Traktor and now Livetronica, should the crew at Ableton HQ be getting worried?

anything something //
Blog at WordPress.com.